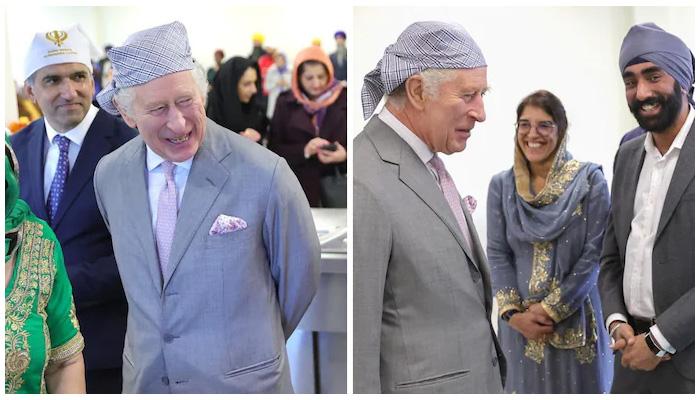 Britain’s King Charles III visited a new gurudwara in Luton, England on Tuesday. The monarch met volunteers of the Luton Sikh Soup Kitchen who run the newly-built Guru Nanak Gurudwara. They even showed him the workings of the spiritual place.

King Charles covered his head with a kerchief for his visit and was seen greeting the volunteers and members of the gurudwara. He also met the local community that runs the Sikh School in the vicinity. The British monarch interacted with the school children who are learning Punjabi and traditional music.