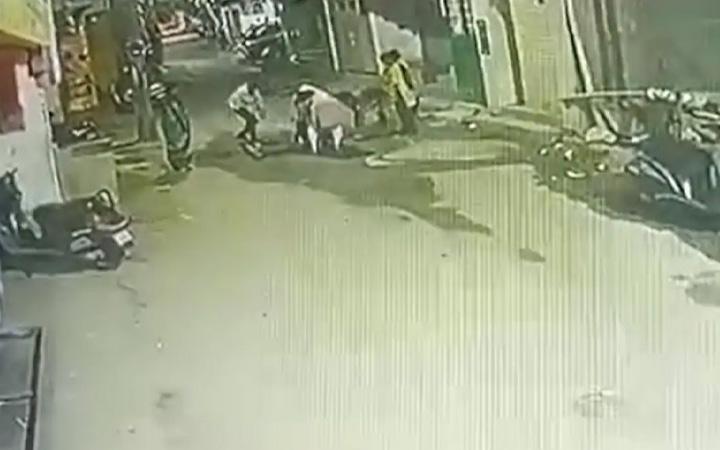 In a brutal murder captured on a security camera in Bengaluru, three men and three women killed a 30-year-old man using a massive brick to smash his head.

The video clip from last Friday around midnight shows a group having cornered a man, who is sitting down, in KP Agrahara locality of the city. The group members appear to have a brief argument among themselves before one of the women picks up a massive stone while the others pin the victim down.

She hits him with the stone; then a man picks the stone up, takes aim as others hold the victim down, and smashes his head again. Then he keeps hitting him, as do others using stones, before the 1.40-minute clip ends.