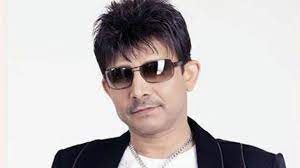 Kamaal R Khan’s tweets and his open jibes at Bollywood often land him in trouble. Popularly known as KRK, the actor-critic was arrested by Malad Police following a controversial tweet made by him in 2020. KRK was detained at the airport and was arrested post questioning. The complaint was filed against Kamaal R Khan at Malad Police Station by Yuva Sena member Rahul Kanal. KRK was arrested following his questionable tweets about Irrfan and Rishi Kapoor in 2020.

Kamaal R Khan is known for his controversial tweets. KRK was arrested after a case was registered against him in 2020 for his social media attacks on Irrfan and Rishi Kapoor. A lookout notice was issued against KRK after which, an FIR was registered against him in 2020. The complaint was filed by Yuva Sena member Rahul Kanal. He will be produced today in Borivali court at 11 pm on August 30. He was arrested under Sections 153A, 294, 500, 501, 505, 67, 98 of the IPC.