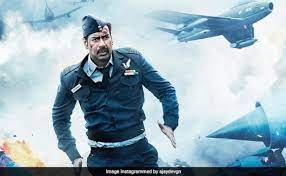 The Delhi High Court has permanently restrained over 700 websites from unlawfully streaming Ajay Devgn starrer ‘Bhuj: The Pride of India’ and confirmed its earlier order blocking the “rogue” websites.

The order was passed by Justice Prathiba M Singh on a lawsuit by the producers of the film to prevent several websites from unlawfully streaming its pirated copies.

In August, the court had passed an interim injunction blocking and restraining 42 websites from broadcasting the film in violation of the plaintiffs’ copyright and broadcast reproduction rights. However, it was subsequently found there were 689 additional websites that were illegally streaming the movie.