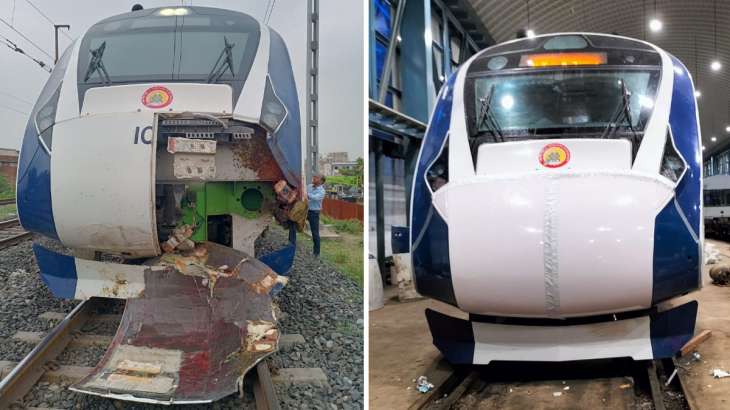 The Railway Protection Force (RPF) in Gujarat has registered a case against the owners of buffaloes that were hit by the Mumbai-Gandhinagar Vande Bharat express, in which the front portion of the train was damaged, officials said on Friday.

The nose cone cover of the driver coach of the semi-high speed train, which got damaged after hitting the buffaloes, was replaced with a new one in Mumbai, the Western Railway (WR) said in a statement.

The newly-launched Mumbai Central-Gandhinagar Vande Bharat train had hit the herd of buffaloes around 11.15 am on Thursday near Ahmedabad, when the train was on its way to Gandhinagar. Four buffaloes were killed in the incident, the officials said.