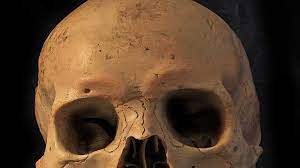 Two curious kayakers made an incredible discovery while on the Minnesota River near Sacred Heart in the summer of 2021.

The men found a human skull fragment which is believed to be almost 8,000 years old, according to authorities. It will now be returned to Native American officials.

The kayakers found the skull at a time when the river had become depleted by drought, said Renville county sheriff Scott Hable.

Following the discovery, Hable shared the skull with a medical examiner and eventually to the FBI. A forensic anthropologist used carbon dating and said it was likely the skull was of a man who lived between 5500 and 6000 BC.