CAA against secularism, will not be implemented in Kerala: CM Pinarayi Vijayan 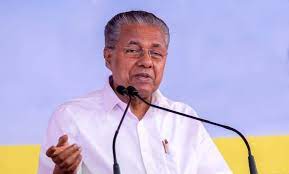 Calling the Citizenship (Amendment) Act (CAA) against the secularism of the country, Kerala Chief Minister Pinarayi Vijayan asserted that his government would not implement it.

Speaking at a function organised to mark the conclusion of his government’s first anniversary celebrations, he said, “The government has a clear position on the Citizenship Amendment Act (CAA). That will continue.”

He said persons holding responsible positions have often said the law would be implemented.