Woman Who Took Leave Due To Back Pain Caught Dancing, Fired 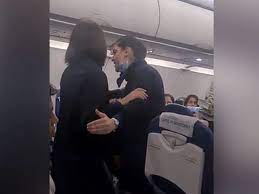 A woman in Spain lost her job after she posted a video of performing a dance while she was off work due to a back injury.

The Newsweek report says that the High Court of Justice of Castile and Leon ratified the dismissal of an unnamed female supermarket employee who lost her job after she uploaded videos on TikTok when she was supposed to be off work with lower back pain.

According to the La Vanguardia report, the videos uploaded by the woman were considered as conclusive evidence of her deception. A court in Burgos had previously sided with her employer, Semark AC Group S.A., Supermercados Lupa, which first fired the cashier after being informed of the existence of several videos she had previously uploaded to TikTok.