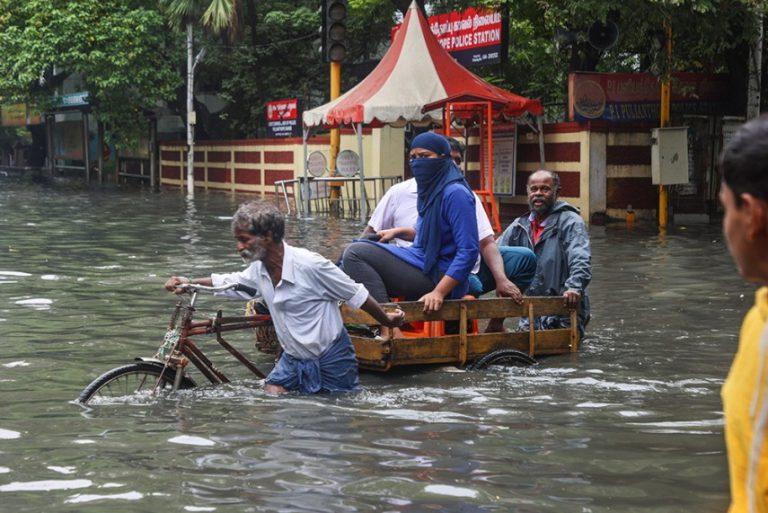 Parts of north Chennai remain inundated for the second day as the city received six times the average rainfall on Wednesday.

Most areas in Chennai, Kancheepuram, Tiruvallur, Chengelpet, and other northern districts including Vellore are likely to witness heavy to very heavy downpour in the coming days.

Bagavathi Vijaya, a resident, complained of water entering her house and ruining her furniture. “It’s not just rainwater. It’s also mixed with sewage, It’s unhygienic,” she added as she walked through ankle-deep water in her house.