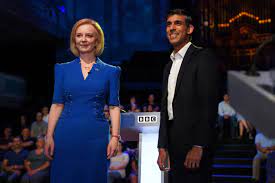 Voting by Britain’s Conservative Party members to pick the next prime minister has been delayed after the GCHQ spy agency warned that cyber hackers could change people’s ballots, The Telegraph reported on Tuesday.

There was no specific threat from a hostile state, and the advice was more general and about the voting process and its vulnerabilities, report added.

As a result of the concerns, the Conservative Party has been forced to abandon plans to allow members to change their vote for the next leader later in the contest, according to the Telegraph.