US Woman's Suitcase Lost By Airlines In Chicago, Turned Up Four Years Later 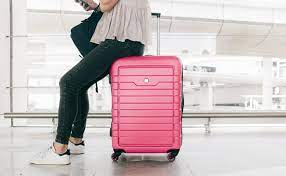 Missing luggage is a regular occurrence at the airports. Sometimes people get it back in a few days, but sometimes it never returns. But in what could be called a bizarre incident, an American woman received her lost suitcase, which had been misplaced by an airline, four years after it was missed at the airport.

April Gavin, a resident of Oregon, travelled to Chicago for a business trip, and while coming back to her home, her luggage was lost by United Airlines. After four years, the suitcase resurfaced in Honduras, according to The New York Post.

Ms Gavin claimed that, despite her best efforts, she was unable to locate the suitcase. She also shared a video on social media in search of the missing baggage. The airline informed her that they “had no idea” where it was. Up until this month, when her phone rang with an update.