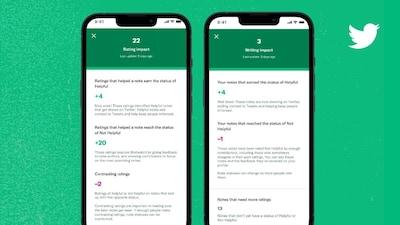 Twitter announced on Wednesday that it is bringing several new additions to its Birdwatch community fact-checking programme that was launched last year. The Birdwatch programme consists of users who help identify potentially misleading tweets and add notes to provide context with added information. The social media platform has now revealed that it is rolling out a new onboarding process for the programme. Furthermore, Twitter will be increasing the visibility of notes to increase the seemingly positive impact Birdwatch has been having on the community.

Twitter revealed in a blog post on Wednesday that it is rolling out a new onboarding process aimed at incentivising contributors to write and rate notes thoughtfully.