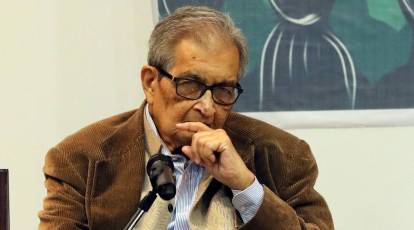 Nobel Laureate Amartya Sen asserted that it “would be a mistake” to think that the 2024 Lok Sabha election would be a one-horse race in favour of the BJP, and felt that the role of a number of regional parties would be “clearly important” for the upcoming general election.

The 90-year-old economist also said that though Trinamool Congress chief Mamata Banerjee has the ability to be India’s next Prime Minister, it is yet to be established whether the West Bengal Chief Minister could be able to pull the forces of public dismay against the BJP.

“I think a number of regional parties are clearly important. I think the DMK is an important party, the Trinamool is certainly important and the Samajwadi Party has some standing but whether that could be extended I do not know.