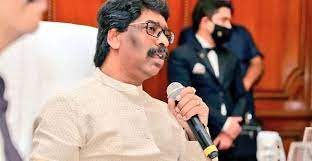 The Enforcement Directorate (ED) on Sunday summoned the press advisor to Jharkhand Chief Minister Hemant Soren and asked him to appear before the agency for questioning in the Prevention of Money Laundering Act (PMLA) in connection with the illegal mining case.

Mr Soren’s press advisor Abhishek Prasad alias Pintu is likely to be interrogated by the ED at its Ranchi zonal office on Monday (August 1).

In its ongoing extensive operation in Jharkhand, ED has already arrested Pankaj Mishra who is the MLA representative of the Chief Minister in his Assembly Constituency Berhait.