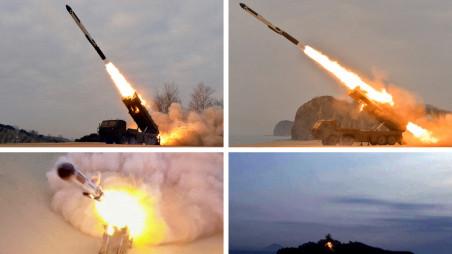 North Korea fired around 130 artillery shells into the sea off its east and west coasts on Monday, South Korea’s military said, in the latest apparent military drill near their shared border. Some of the shells landed in a buffer zone near the sea border in what Seoul said was a violation of a 2018 inter-Korean agreement designed to reduce tensions.

The South Korean military sent several warning communications to the North over the firing, the Ministry of Defence said in a statement.

North Korea did not immediately report on the artillery fire, but it has been carrying out an increasing number of military activities, including missile launches and drills by warplanes and artillery units.