Mammootty Apologises After Criticism Over Comment On Filmmaker's Hair 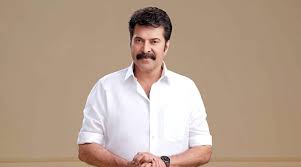 Malayalam superstar Mammootty has landed in trouble over his recent remark on young director Jude Anthany Joseph as a number of netizens have criticised him saying his words were nothing but body shaming.

As the matter triggered a social media debate, the Amaram actor came up with a regret note on his Facebook page and assured that he would not repeat such comments anymore.

Joseph himself rejected the online criticism against the superstar, saying that his words were twisted.