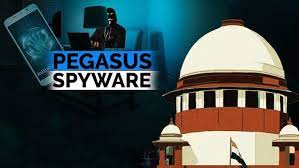 A panel appointed by the Supreme Court to probe the Pegasus snooping case told a CJI-led bench on Thursday that it found no conclusive proof that the spyware was found in the 29 mobile phones it examined.

Forensic analysis revealed that five phones were found to be affected by some malware, but the panel said it was unclear if it was Pegasus.

Taking on record the panel’s sealed report, CJI NV Ramana noted that the government was not cooperative with the committee and reiterated its previous stand of not disclosing whether it used Pegasus for spying on citizens.