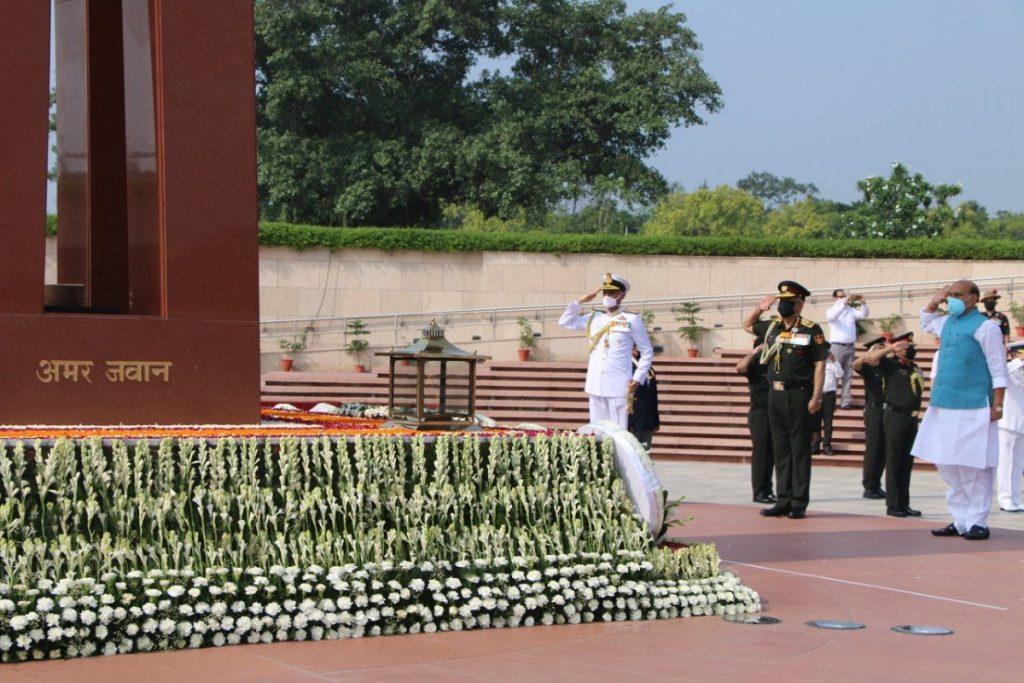 As India on Tuesday commemorated 23 years of its victory over Pakistan in the Kargil War, Defence Minister Rajnath Singh paid tribute to soldiers who lost their lives in the 1999 Kargil War and laid a wreath at the National War Memorial in Delhi.

Each year, Kargil Vijay Diwas is celebrated on July 26 to honour the valour and sacrifice of the soldiers who laid down their lives in the line of duty during the Kargil War.