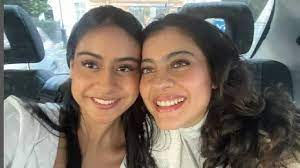 Kajol and Ajay Devgn’s daughter Nysa Devgn is already a star before she even made her debut in Bollywood. Whenever her pictures and videos make it to the internet, they often go viral. She also boosts a massive fan following and when it comes to fashion, she can give a run to well-established actresses for money.

Recently, in an interview, Kajol opened up about if Nysa would be joining Bollywood soon and following the legacy of her parents. The actress said that she will support both her children – Nysa and Yug in whatever they do. She stated that he job is not to guide them into the film industry but to guide them in doing whatever makes them happy.