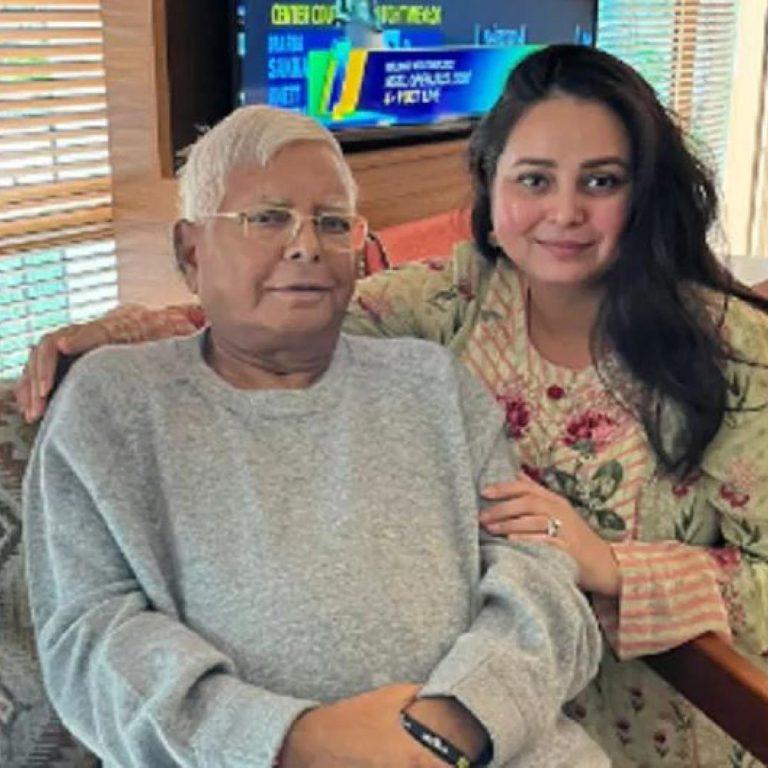 By Rohit Kumar Singh: RJD supremo Lalu Prasad Yadav, who has been suffering from kidney ailments and other diseases for the last several years, will now get a new lease of life after her Singapore-based daughter, Rohini Aacharya, has decided to donate one of her kidneys to her father to save his life, according to media reports.

According to reports, Rohini has offered to donate one of her kidneys to her father after doctors in Singapore advised the RJD chief to undergo a kidney transplant during his visit to Singapore in October.

It is being learnt that Lalu Prasad was initially not in favour of Rohini donating her kidney to save his life, but it is after pressure from her and the success rate when family members donate kidney that he relented.

Lalu is likely to visit Singapore again between November 20-24 during which it is likely that he will undergo an operation for a kidney transplant.

Lalu’s second daughter, Rohini, who is based in Singapore, had been extremely worried about her father’s kidney ailments and it was her who was instrumental in Lalu visiting Singapore to consult a team of doctors who had advised kidney transplantation.

Lalu, who has been undergoing treatment at Delhi AIIMS for last several years for his kidney problem, was not advised kidney transplantation by doctors at AIIMS but during his Singapore visit, doctors there advised him, for a kidney transplant.