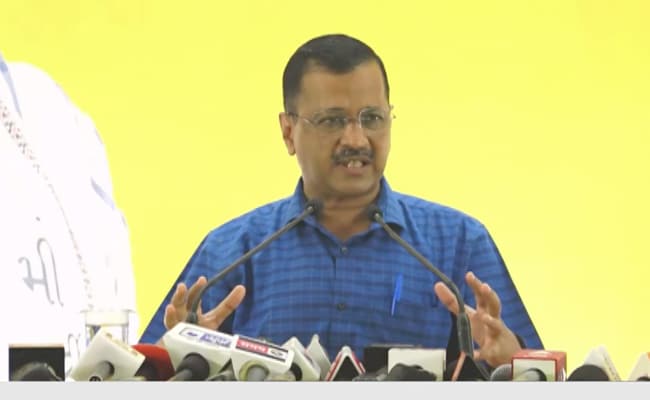 Arvind Kejriwal, responding to an allegation by the Congress, declared in Gujarat today, “The Congress is finished”.

The Delhi Chief Minister and Aam Aadmi Party (AAP) chief, who is in Gujarat to campaign for polls early next year, was addressing a town hall with sanitation workers when he fielded media questions.

A reporter asked him to respond to the Congress’ allegation that the AAP government of Punjab is spending crores in ads for Gujarat though it is on the brink of bankruptcy and has no money even for salaries.